Celebrating Culture At Your Preschool Center 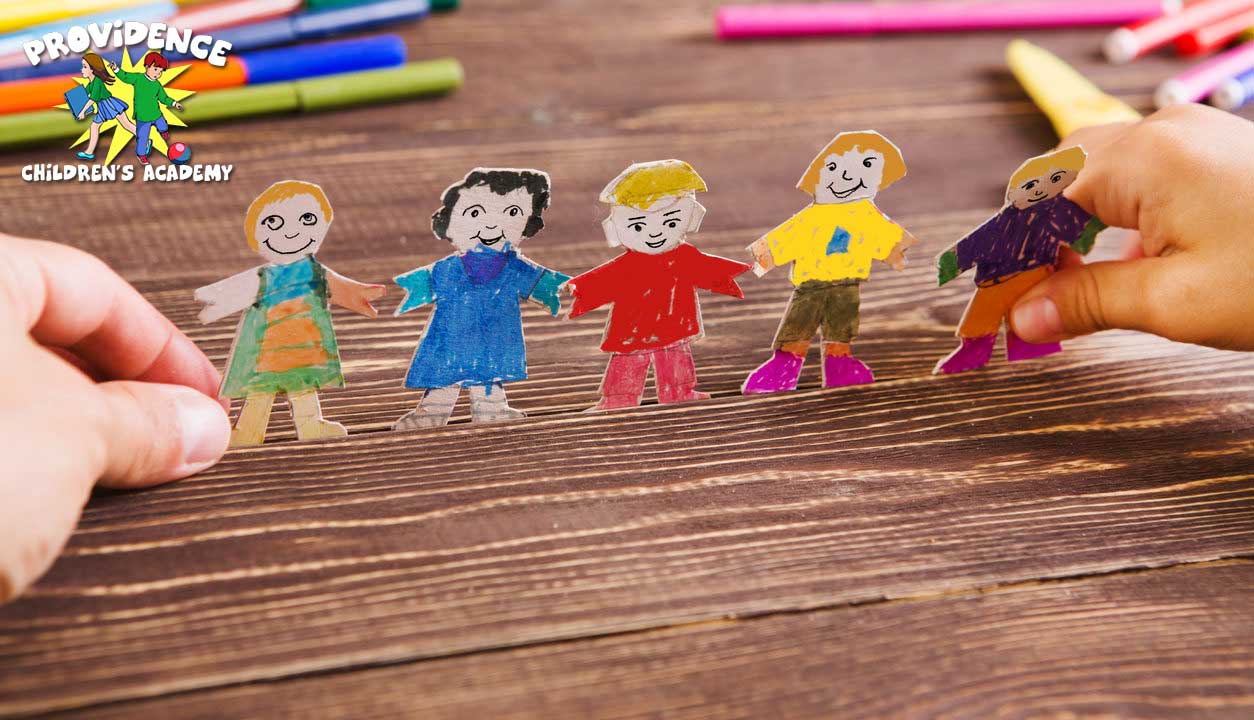 Multiculturalism in the classroom provides students with an insight into the world around them. Incorporating these lessons at a young age is important because it begins to shape their impression of the people they meet on a daily basis. America is filled with a variety of cultures and our children will no doubt be exposed to these cultures at some time or another. Classrooms are filled with children and families from the across the world and understanding each other’s differences is vital as we raise worldly students. A preschool center that helps celebrate different cultures helps young children learn about the world around them.

Teaching diversity in the classroom doesn’t necessarily require having a diverse classroom full of learners, however, cultures are no longer restricted to their origin country but are rather seen across the world. Native American culture plays an important role in the history of the U.S as do many other cultures. As the country has evolved into present times, we have seen the population grow with influence from all corners of the earth. As we continue to move towards a culturally diverse nation, we begin to ask questions based on similarities in the way we celebrate special times of the year. The festive season is a common term used to describe a special time of the year associated with family and is represented during holidays such as Thanksgiving, Christmas, Kwanzaa, and Hanukkah.

The first Thanksgiving Day took place back in 1621 when an ally was formed between the English settlers and Native Americans. This ally gave way to a successful corn harvest and a celebration was held. A few years later, Thanksgiving Day was celebrated after a long drought had ended. Without this ally, Thanksgiving Day might cease to exist. Later presidencies called for days of thanksgiving after the war, where Americans were to express their gratitude for the positive ending of the country’s war.

Although people are familiar with the holiday of Thanksgiving, children that have not necessarily grown up in America will not understand the inherent meaning behind the holiday. This is the same for children that have not grown up experiencing other cultures festive celebrations such as Hanukkah, Diwali, Kwanzaa and Ramadan.
Each culture celebrates their own festive season and although these holidays may overlap and be similar in many cultures, they display unique differences and meanings. This can be overwhelming for a young mind; however, it can also be very intriguing as they begin to see and understand beyond their own family, home, and environment.

Christmas is celebrated by Christians (and an increasing number of non-Christians) around the world and is familiar to children as a time for lots of presents, Christmas trees, lights, and decorations. The festive season is a term that is used to identify the holidays, the end of a season and the beginning of a new season and not every culture gives gifts over the festive season, wrapped up in pretty paper. In the Jewish culture, Hanukkah is also celebrated in December. This celebration commemorates the rededication of the Second Temple in Jerusalem after a small group of Jews defeated the Greeks, who tried to force them to accept Greek culture and religious beliefs instead of their own. In essence, this is a celebration of thanksgiving in itself, a celebration of faith and miracles. Traditionally, a small amount of money or chocolate coins are given to children over this time.

While we don’t all celebrate the festive season at the same time, every culture has their celebrations which they observe and hold true. In the Islamic faith, Ramadan is celebrated in the ninth month, to observe when Allah gave the first chapters of the Quran to the Prophet Muhammad in 610. This is a time for families to gather and celebrate. Muslims will fast for an entire month, eating only between sunset and sunrise. It is a powerful symbol of unity for the faith as it signifies a period of reflection, spiritual growth and renunciation of oneself. During Ramadan, families are encouraged to give gifts. These gifts though, refer to feeding each other after breaking the fast. There is a common thread throughout these celebrations and that is one of gratitude, family and giving.

Teaching Multiculturalism in the Preschool Classroom

Through our preschool program, teachers can encourage students to tell stories about celebrations in their culture. Storytelling is captivating for children at this level and when their classmates have the floor, they are eager to hear their story. Talking about food enjoyed over these festive times is an easy way to draw out a story or two from each child. Encouraging children to bring pictures to school of their families over these holidays is as exciting for children and teachers.

Being exposed to different cultures directly from their classmates, they are more likely to understand and accept this information. Children will no doubt find some practices strange because it is new, but through fun activities in the classroom, we give them a chance to digest this information with an opportunity to ask any questions that come to mind. At Providence Children’s Academy, we want your children to enjoy learning these important social skills that equip them for the world.

The world is changing every day and we want to teach our children to be tolerant and accepting of the many cultures we encounter. It is the job of teachers to shape and mold the mind of children as we prepare them for the real world, which is a very diverse world. We are different, but very much the same.