Infant Child Care Questions: How Much Screen Time is Too Much? 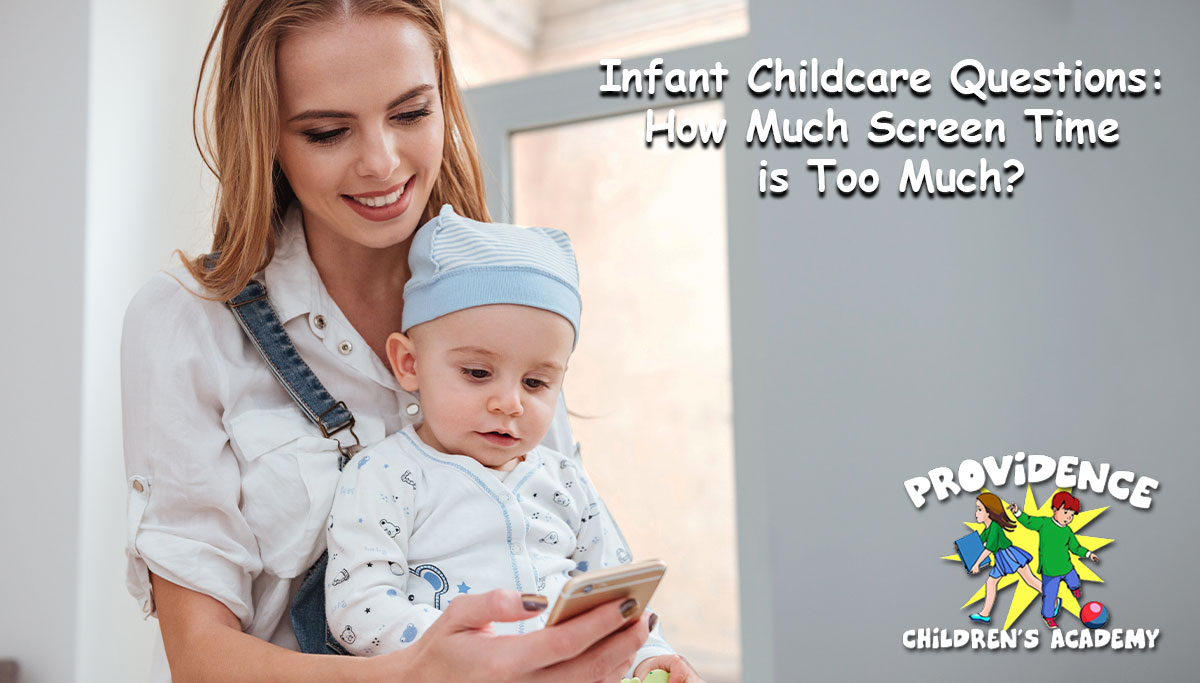 Studies around the development of the human brain show that 90% of brain development happens before kindergarten. The baby’s brain is about a quarter of the size of an adult’s brain at birth. This doubles in the first year, and by the age of five, the brain is almost fully developed.

With that information at hand, an infant child care question parents ask is how to maximize the brain’s growth potential in those vital formative years? Where do technology and screen time fit into the equation?

What A Developing Brain Needs

A child is very sensitive to the environment in the first few years of life. Using all five of their senses, infants are very sensitive to stimuli. It is during this stage, while absorbing the world around them, that they learn to concentrate and focus. It has been proven that apart from good nutrition, the brain also needs human interaction to grow.

Charles Nelson, a Professor of Pediatrics and neuroscientist at Harvard University specializes in the development of the human brain. His studies conclude that brain development relies on the human face. From birth, a baby learns to study a face and identify if the person is happy or sad, an essential requirement for social skills and empathy later in life.

Patricia Kuhl, a Professor of Speech and Hearing Sciences at the University of Washington studies about 4000 babies a year. Brain scans and studies conclude that babies don’t learn anything from machines, but only from human interaction.

Bearing the above studies in mind, The World Health Organization (WHO) states that for healthy brain development:

What Are the Negative Effects Of Too Much Screen Time?

We are not saying that screen time needs to be eliminated altogether, but it should be strictly controlled, and never be a substitute for human interaction.

The negative effects of too much screen time include:

How To Manage Your Infant or Toddlers Screen Time

Don’t beat yourself up if you need a few minutes to yourself and plop your toddler in front of the television. The idea behind managing screen time is not to remove it altogether but to have as little of it as possible.

Here are some tips to help you set screen time boundaries:

At Providence Children’s Academy, we don’t rely on screen time, but choose to engage with our children face to face. For any infant child care questions, or to find out more about our facility, call 954-570-6914 Monday to Friday 6.30 am to 6.30 pm.